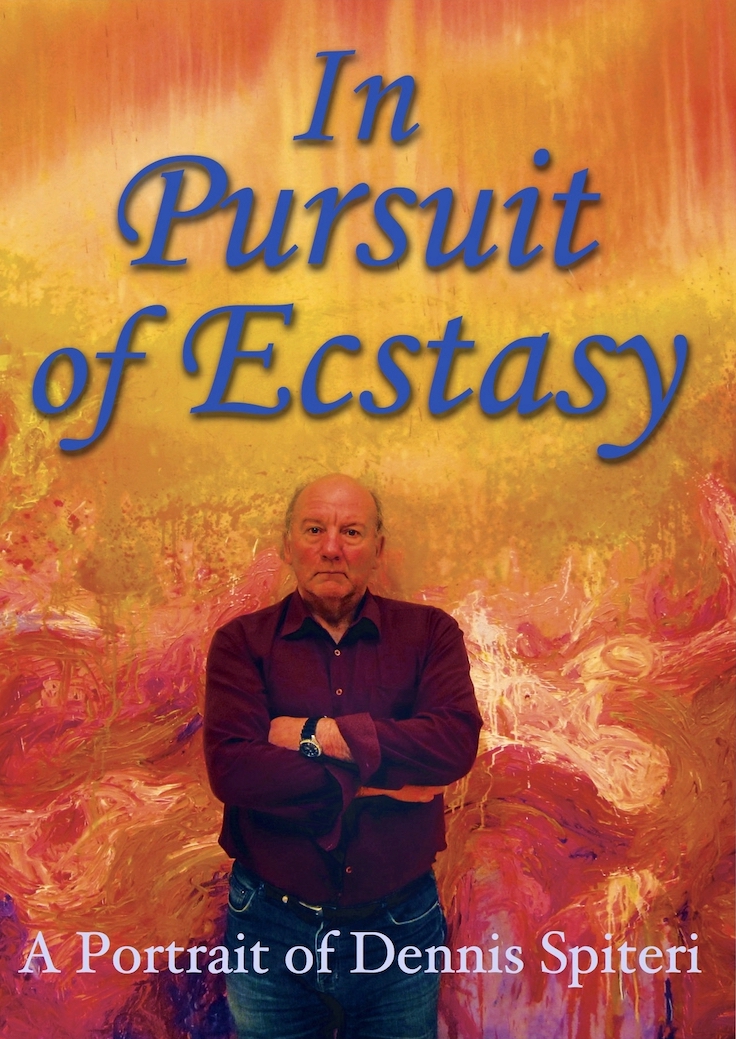 ‘In Pursuit of Ecstasy - A Portrait of Dennis Spiteri’

This fascinating documentary traces the development of a unique, abstract imagery that has continuously evolved over a fifty year career.

It details Dennis Spiteri’s development as an artist from his “rebirth” in 1970, through his discovery of Beethoven’s music, to the ultimate realisation of a dream studio and gallery in remote bushland, high in the Granite Hills of Central Victoria.

Videographer Harry Williamson stumbled upon the vast studio one day in 2015. He was welcomed by Dennis and amazed by the energy and scale of the works on display. After hearing the story of these inspirational paintings he suggested the possibility of making this film.

What is unique about these paintings and the process of creation is that they are inspired by the powerful feelings Classical Music engendered in the artist – the “ecstasy” – which then defines the work. Witness, through this film, the creation of art inspired by music!

We visit the artist’s ‘paradise’, the fulfilment of a thirty year dream, to build a large studio and gallery for his monumental paintings set amongst a parkland of thousands of trees that he has planted. In this secluded environment Dennis continues to create and exhibit.